Now actors can join any time!

* Industry Prep is an ongoing class – All actors must commit to 4 classes at a time.

Earn the opportunity to participate in a free Screen Test/Performance Evening. Date and time TBD! 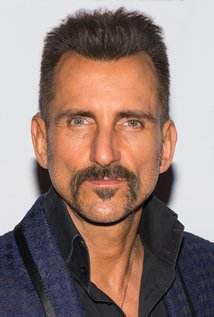 Wass Stevens brings his years of experience as a working professional actor to help you master the industry and bring your “A” game to your auditions.

This ongoing class will show each actor how to:

1) Craft, prepare and execute an on camera audition in a real world setting. Learn how to tell the story; understand the action, arc, point of crisis and super objective of the scene, and create a character’s need and emotional life.

2) Master the “procedural” elements of the audition process.

In addition to preparing the material, actors must show up as if they are entering a real world audition, dressed and ready to present their work as well as interact with the casting director.

All actors are required to arrive ready to audition. Then, each actor will go on tape, all actors will watch the tape, receive coaching and adjustments, and “audition” a second time on tape, implementing the information received in the first round.

Furthermore, the second round will then be watched, and readjusted and coached as necessary.

Other notable television credits include recurring roles on ”House of Cards” with Kevin Spacey and Robin Wright (Executive Produced and Directed by David Fincher, Netflix), as well as CBS’ ”The Good Wife,” ABC’s “Ugly Betty,” and all three “Law and Order” shows (NBC); Guest star roles include CBS’ “Blue Bloods” and “Elementary,” HBO’s “The Leftovers,” NBC’S “The Blacklist.”

In addition, he has appeared in over forty TV commercials.

Wass was also a teacher for 15 years at the famed Susan Batson Studio in New York City, and has studied with Susan, Sheila Gray, Gretta Seacat and William Esper, studied and performed with “The Groundlings” in Los Angeles, and has a B.A. in Economics from Union College and a J.D. from Brooklyn Law School.

Wass was born and raised in Brooklyn, N.Y.

He is a former Litigation Attorney and Bronx Assistant District Attorney, is currently a partner in The Tao Group, which owns many restaurants and nightclubs, including Tao, Beauty & Essex, Avenue and Marquee to name a few, is a partner in the Artichoke Basille’s Pizza chain, owns Rivington Tattoo N.Y.C., and is an amateur boxer and avid motorcycle enthusiast.

Movie of the week: Fruitvale Station is a 2013 Ame

Why is this not an official holiday? Let’s keep